The former Irish Front Rower Ryan Tandy looked to have quite a few suitors, but after hearing his asking price - the bidding was down to just 2 of the Top 5 aspirants

After not much more than a splutter - the Bears came in with their usual last minute 'hit & run' to snag Ryan Tandy for 230K, leaving the Tanks hanging onto Armit.

**** and note - Geoff Daniela, after being kicked out of 2 separate teams - has been banned from the GC for the remainder of the season

We also like the look of Mr. Tandy. We'll offer him $230k and cut Mr. Daniela to accommodate him

Well the Chris Armit experiment has failed. With this we would like to make an offer for Ryan Tandy 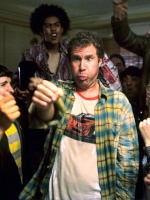