Komodo's Team to take on the Tanks this weekend. A few players are in doubt suffering from old age..........

The Bluetongues have named their side to take on the big-noses.

We have a new recruit in Clydesdale, but are very happy he has chosen our side as we need all we can get.

To celebrate the bye round, we have included famous Bluetongue players of the past and have even given captaincy to daniel Abraham...yep him (of Abraham-gate fame). The number 17 has been named as Sonny Fai, and the rest of the players will play in his memory

as both teams will be depleted of their contracted stars.... and on paper, we're going to need a miracle to get up this round, meaning our 7 game winning streak could be about to end.

We've called on a few local heroes to suit up

and stand next to the boys on the field - hopefully giving them that added incentive.....anything

to get over the Brown Tongues

Aardvarks for the weekend will be -;

We're probably not the only club who has a few former stars strapping on the boots this weekend, but we're actually a little concerned they won't get to play as the Showers have announced a Goulburn Homecoming week which suggests they may forfeit rather than make the trip to Jindabyne.
Coach Fairfax has also taken the unusual step of naming an 18th man (mostly because that name doesn't ring any bells at all, but apparently he played 2 games for the Bears back in 2006, which is twice as many as he played in the NRL) 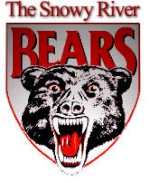 The Goulburn Showers are proud of their recruitment strategies, and while we support our players being recognised for their efforts, guys like Chris McQueen are the ones who traditionally get overlooked for rep games which is why we go for those guys to ensure we have numbers. We wish he was from NSW, as the Blues wouldn't select him in a pink fit.

We have made a few calls to some ex-Showers from over the past seven years to make a special appearance this weekend to asisst in key positions, and would like to thank them for helping us out in Goulburn Homecoming week.